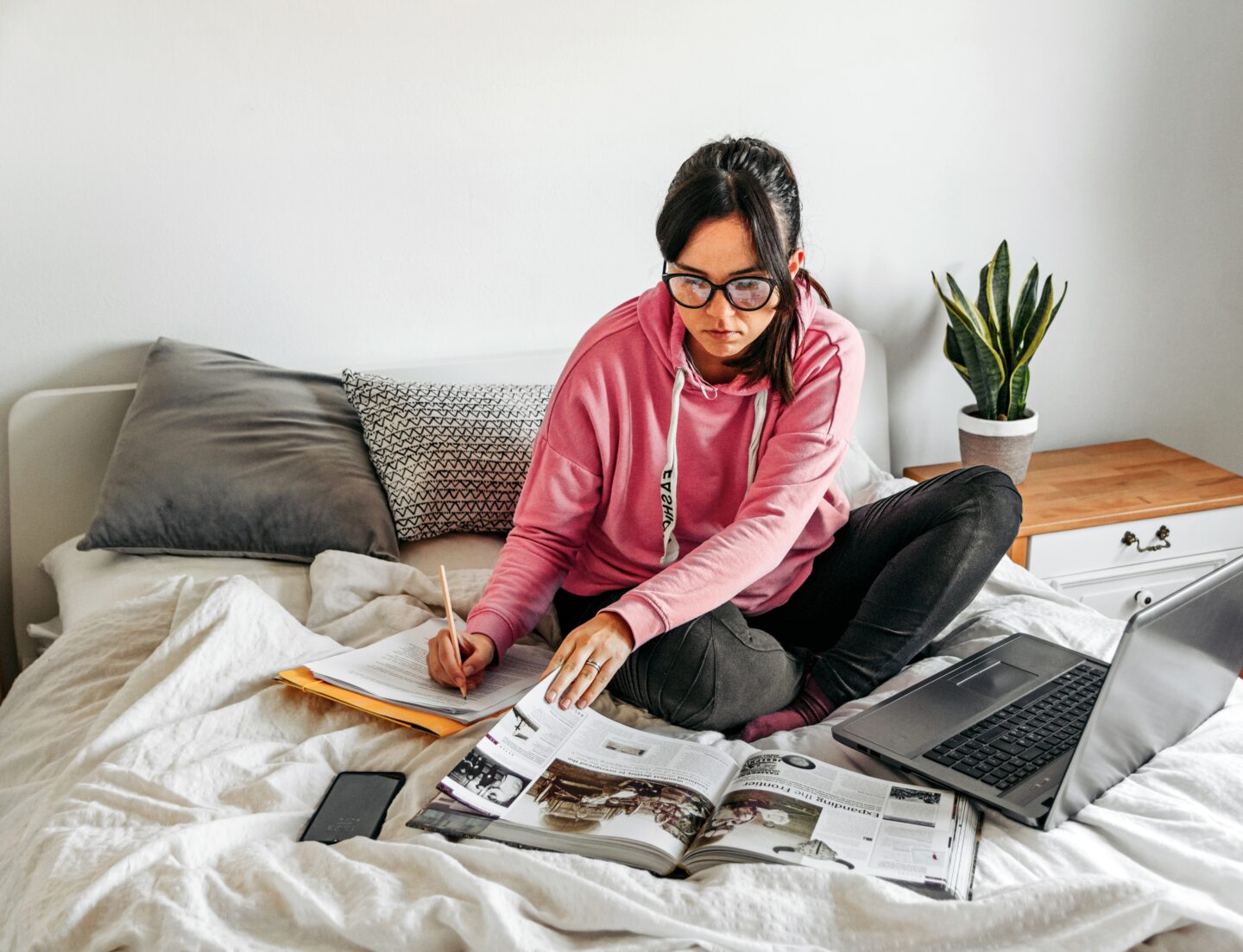 So you applied for college as pre-med, but got a paper-cut and passed out. Now you’re rethinking your life choices… been there! Can you change majors after applying for college?!

Each college sets its policies regarding changes in major. Most colleges, especially during undergrad, do permit changes.

Most colleges won’t allow a student to change their major once they are accepted into the program. If your application is still pending, you can try contacting your university and requesting a change. If you picked the wrong major, a simple call to the admissions office is normally enough to make the change. Most colleges allow first-time freshmen to change their major up until the day they enroll or before the major being accepted.

However, once you are enrolled in the university, if you’re in a general undergrad program and in good-standing, you can likely change majors easily.

Let’s discuss in detail the consequences (if any) of changing your major after applying..

How Many Times Can You Change Majors?

If you are in a general studies program, there is no limit to the amount of times you can change majors. All credits will transfer over until you get your degree.

In fact, many college students change their majors more than three times. Some even remain undecided well into their sophomore year.

However, if you got admitted into a specific college for a major, you may have more difficulty changing and may have to reapply. This varies from program to program and your college advisor will be the best one to answeer any and all questions.

Picking a major can be difficult for anyone (I know it was for me!) It can be paralyzing picking your career and path at such a young age, but don’t worry. We’ve all been there.

Factors like personal preference, financial problems and even family pressures can affect your major.

You might want to change things up and feel like it is time for a change, but you are apprehensive about it because you will need help deciding what you should pick.

Just know you can change your mind many times. It can delay your graduation date as you’ll need new credits for your major, but as long as your happy with your choices, that’s all that matters.

There isn’t a negative impact on your application when it comes to changing majors. You are the one that is thinking about what could happen if you change your major, but no one else is.

All your credits will transfer and it’s typically no big deal whatsoever.

Choosing a major is not an easy endeavor and you may go back and forth with it. It will certainly require you to consider many things. Hence, changing a major after applying is not a bad idea.

Changing Majors Before Being Accepted

The faculty decides if there is a vacancy in your new department. If that happens, you can reapply. An academic advisor from the major you want to switch to should make sure that you are eligible.

Does it affect admission? In the vast majority of cases, your intended major does not affect your chances of being accepted to a certain college.

Whether it’s the wrong fit or they simply change their mind, there are several reasons why students will change their college major at some stage of their undergraduate studies.

Changing Majors Before Getting Into A Freshmen Year

It’s not an easy thing, but if you need to, you can decide to change your degree program once you’ve submitted your application. There are some benefits and some consequences to remember, however.

This can be useful, especially if you realized after applying something else would be a better fit for you when reviewing the admission decision. So don’t panic about changing majors before getting into your freshman year.

Changing Majors In The Second Year

Can we change major in the second year? This is a popular question these days as the students are confused and realize their original pick was a bad choice.

Yes, you can change your major after you’ve already applied to college and even if you’re in your sophomore year. If you are presently taking classes, you can change from one major into another. You must meet all entrance requirements and be in good academic standing.

For new students, you need to be admitted into the new major by meeting any additional criteria for that program.

Advantages and Disadvantages for Changing Majors

Changing your major while at college might be confusing sometimes. After all, you’re already paying for classes to go towards that degree and might lack the motivation to finish up with another.

However, there are some advantages and disadvantages to changing majors that could help you make a final decision about what to do.

Every college student must know about the advantages of changing their major. Not only do students enjoy a much-needed change in coursework when making a switch, but also they have the option to test-drive classes with multiple departments on campus.

This allows students to not only build a diverse resume, but also to gain perspective from other courses and access to different sets of knowledge.

While switching careers might seem like it will be hard at first, it can be the best choice for you if you no longer feel like you’re on the right path.

At the end of the day, even if you take a semester or year more to graduate, you are setting yourself up on the career you truly want and will satisfy you. And that’s what you’ll be doing for a lot longer than just four years of college.

Ultimately, it will make you more satisfied with your life outside of work

Changing your major could delay your graduation and you may be put behind schedule with many other students.

If you start in a program that doesn’t suit your needs or interests, it could end up being expensive and can affect your financial aid in the future. Some scholarships won’t pay for extra credits so you’ll have to pay out of pocket for some changes.

Each college’s rules and regulations differ from others. Some may accept to change your major easily and some may reject your application completely if you aren’t in good standing or qualified for the major.

Proper research and speaking with your counselor is mandatory before applying to change any major.

Many students enjoy a wide range of classes and may end up changing their major at some point in time at college. If you’re interested in changing course, it is possible, but it’s important to go through the proper steps to ensure that you are still admissible into your desired major.

It may sound as simple as going to your academic advisor and telling them your intentions, but there are rules and regulations that you need to keep in mind. It is not uncommon for college students to change their majors often so they know how to handle these situations.

For some, this happens the first year, while others choose to take a longer road.

Hopefully, you have determined whether it is possible to change your major without starting over from the beginning.

Also, weighing the advantages and disadvantages of changing your major will help you to make your decision easier in the long run life.

Enjoyed this? Make sure to read these next:

What Happens If You Plagiarize In Community College? (DON’T DO IT!)

You may also enjoy: